Our Vision in Action

Next visit from the 'Connect Club, Age UK' is scheduled for 7th December

Thanks to the children living our value of Service we have established links with a local Age UK group. Several visits have taken place, with the children visiting the day centre and the adults from the centre visiting school.

Oriana, a member of the school council, was inspired by a letter writing project set as part of her English lessons. She was concerned about loneliness and isolation for the older members of our community and wrote to several organisations asking what she and our school could do to help. As a result of this initiative and passion we have made links with the local Age UK group in St Johns. The children have plans to work on a collaborative art project called ‘Creative Friends’.

Oriana particularly enjoyed ‘chatting over a cup of tea’ and Tom had a lesson in how to use a record player! The children played bingo and arranged a visit back to the school for the members of the club.

Learning a new skill with a record player.

The children are determined to keep the connection with Age UK and together with Mrs Taylor have discussed raising funds if necessary to help with transport costs. 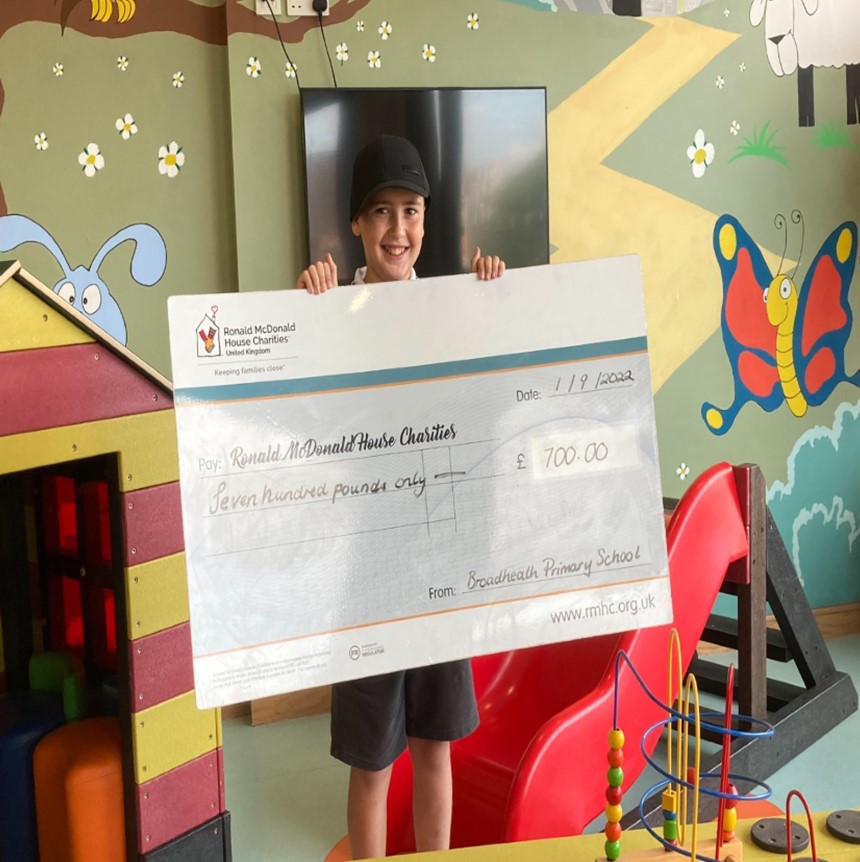 Harry, who left in July to go to secondary school was our impressive Head of Fundraising. Truly living our value of Service!  After a year of successful projects, he went to Ronald Macdonald house in Birmingham with monies raised. Harry had chosen this charity as some of our families had used the charity whilst staying with their children in Birmingham Children's Hospital.

Initially, it was £600 but he managed to get another £100 through futher fundraising efforts before he went!

He wanted to report back to us that the house is amazing! He was lucky enough to be shown around. Many people don’t know it even exists, but it is such a wonderful place for families to go to… and it is fully run from fundraising. It blew him away! So, he plans on doing more fundraising for it in the future. Harry wants to do a cake sale for his neighbours, but he might get in touch to see if he can tempt anyone at school with a cake or two!